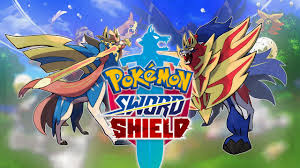 The Pokémon franchise is one of the most globally-recognized video game series of all time. Ever since the release of Pokémon Yellow, fans across the globe have immersed themselves in a variety of regions featuring hundreds of different Pokémon species. Evidently, with a large fanbase, comes considerable criticism for Nintendo.

The premise of nearly every main-series Pokémon game is to set out from a small town as a new trainer whose goal is to become the Pokémon League Champion in their respective region(s). Additionally, the trainer is tasked with capturing every Pokémon to complete research for the regions’ professors. These general themes can be seen in all the games. However, each game has its own evil organization that plans to impact the Pokémon world in their own way. And it is the nature of these evil organizations that add an extra layer that fans have enjoyed for decades.

In Pokémon Platinum, for example, players were tasked with stopping Team Galactic, whose leader, Cyrus, wanted to rebuild the galaxy in his image. The player, as per usual, battled with the organization’s many “mini bosses” and grunts, which eventually led to a climax in the Distortion World where they would battle Cyrus for the last time. Once the player defeats Cyrus, they are immediately rewarded with a battle with the box legendary, Giratina. For many fans, this encounter was rewarding and would later prove to be helpful when challenging the Pokémon League.

In Pokémon Platinum, the battle to become the Pokémon League Champion is widely considered to be one of the most difficult encounters in the entire franchise. The player is tasked with first defeating the Elite Four, which is a feature in every game (with the exception of the seventh generation), and then with a battle against Cynthia, the champion. This battle is nothing short of intense and challenging. Cynthia’s ace, Garchomp, has been known to end player’s playthroughs in a matter of a few moves. When players defeat Cynthia, however, a sense of accomplishment is elicited, making the entire playthrough worthwhile. This is not the case in Pokémon Sword and Shield.

Although Pokémon Sword and Shield added a variety of features to the game such as Raid Dens and Dynamaxing, they still lacked many of the fundamental aspects of past games that fans love. The most notable is a challenging campaign.

To start, the player’s rival, Hop, is dull in comparison to past rivals because his character-arch is losing to the player and trying to become his older brother, Leon, who is the Galar region’s Pokémon League Champion. These are not new themes. Furthermore, the Gym Challenge in Pokémon Sword and Shield is relatively easy up until the eighth gym which is, then again, expected because previous games have shared this quality of the last gym being the most difficult. In other words, the developers of the game failed to find an engaging hybridization of innovation while maintaining the aspects of the games that fans have loved since the late 1990s.

Not to mention the game’s primary villainous organization, Team Yell, is extremely underwhelming as it is simply just a fan club following the sister of a gym leader across the region. There is no real greater purpose to this group other than being disruptive and inconvenient to the player. “The lack of a strong villainous team, and a small gimmick that pales in comparison to the fan favorite Mega Evolution, make Sword and Shield seem to be just another game,” says Logan Dudney, a Pokémon player since the release of Pokémon Soul Silver. He continues, “Add that to the increased price of $60, and the cut of some of the players most favorite Pokémon, and Sword and Shield is a recipe for disaster.”

However, there are other redeeming qualities of Pokémon Sword and Shield as the game includes the first ever installment of an expansion DLC into the franchise. Agne Rudokas, a long-time Pokémon fan characterized the DLC expansion as “fun” despite the $30 price tag associated with the expansions as they expanded upon the “national” Pokédex, beginning back Pokémon from past generations along with several new ones.